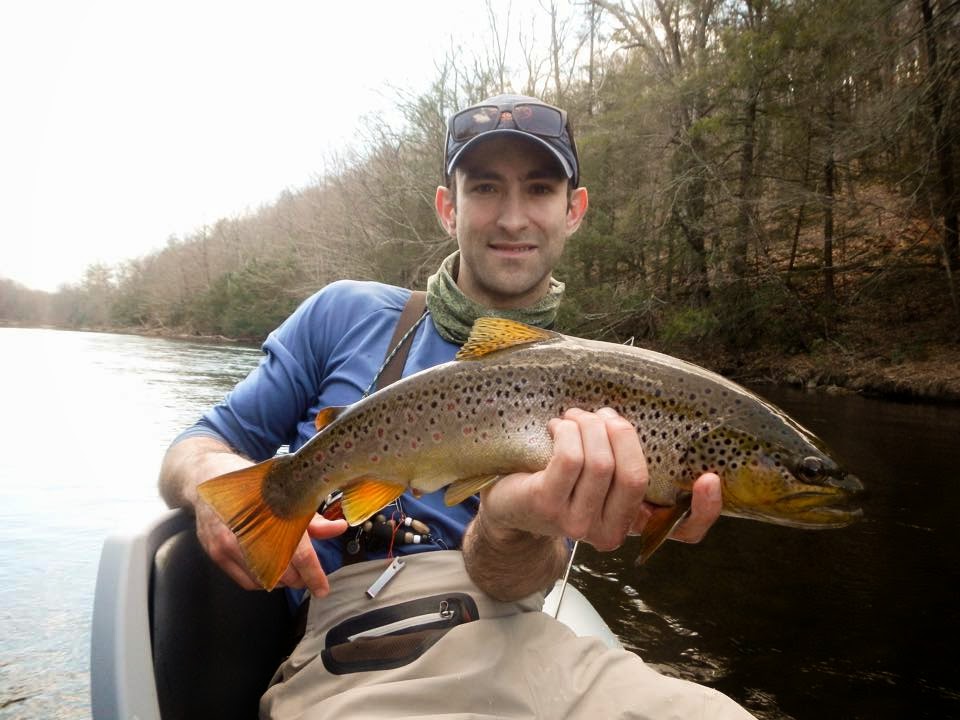 Derrick & Kevny floated the river Saturday and landed some very nice holdovers & wild trout. Water level is great this morning, but heavy rain predicted for later today may change that around, so get out now if you can! The TMA/permanent Catch & Release section is finally picking up a bit since about Friday- I got a water temp of 51 degrees in New Hartford after work Saturday, that's the highest water temp I've seen here yet. Best bets are still nymphs & streamers, but there have been a few fish feeding on top in Church Pool. The permanent TMA has not yet been stocked, so you are fishing over mostly holdover & wild trout. Some stocked trout (mostly rainbows) are starting to drift into it too. Some nice holdovers & wild browns in the 16-20" range were landed in TMA on Friday/Saturday/Sunday. Two 6-7# broodstock browns were caught & released on big white streamers outside of TMA. Saturday the bait guys came in with a 5-6# brown, and another about 8-9#. Heavy rain is forecasted for today (Monday), so get out before the water comes up. The Farmington is medium & clear at 241cfs from the Goodwin Dam in Riverton. A great 430cfs through the catch & release area in Barkhamsted. They cut the flow back from the East Branch of the Farmington, which dumps in about 1/4 mile below our store- it was coming in 400cfs, now it's 200cfs. This means that while still on the high side, that the river downstream from us is at a much more doable level if you want to get away from the crowds upriver. Seeing a few Baetis Vagans (a bigger, early season #16 Blue Winged Olive mayfly) down in the C&R section, and a friend also caught several nice browns there on a #16 Olive nymph. River is nice & clear, and with the milder weather here now, the water temps are creeping up closer to where they should be, and this will make both the trout & bugs more active. Hatches are still a week or two behind normal due to the cold winter. Reports are still varying from slow to excellent, depending upon who you talk to (normally the case! Lol) 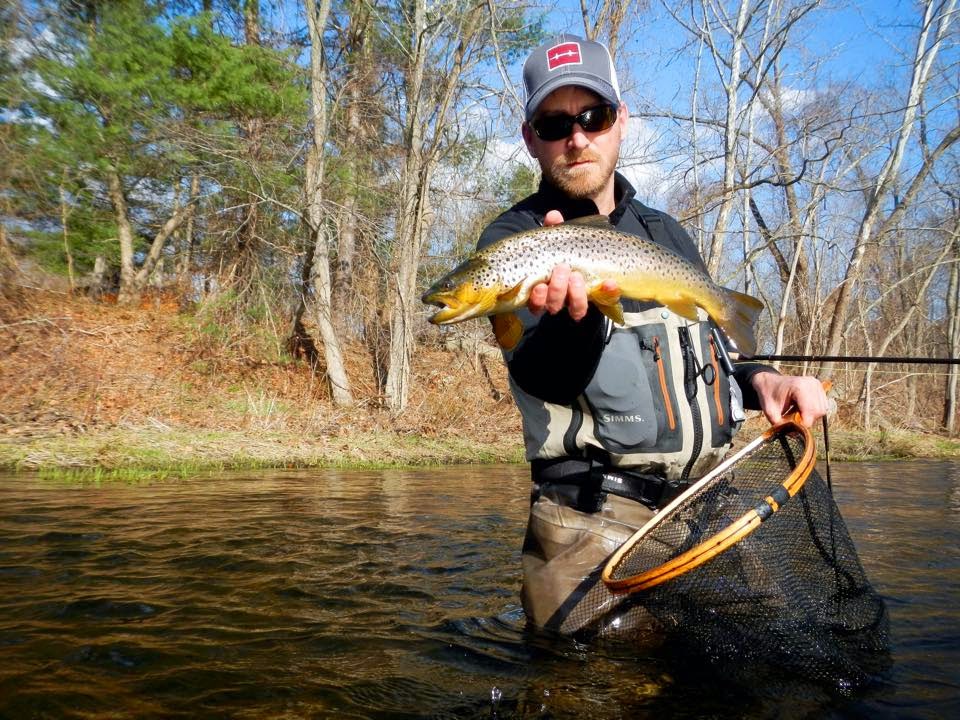 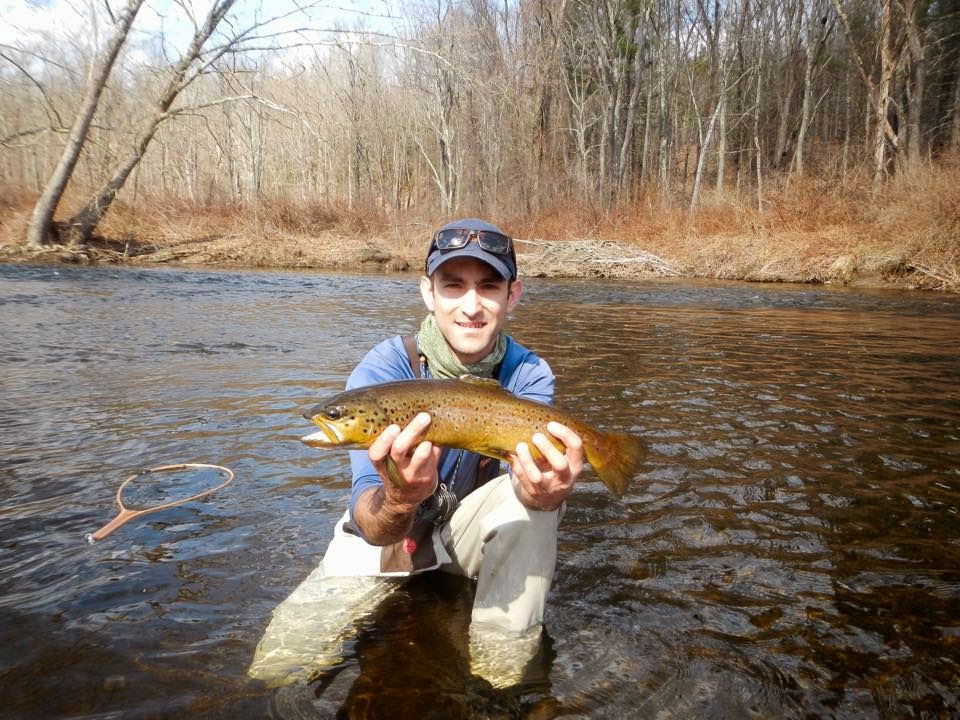 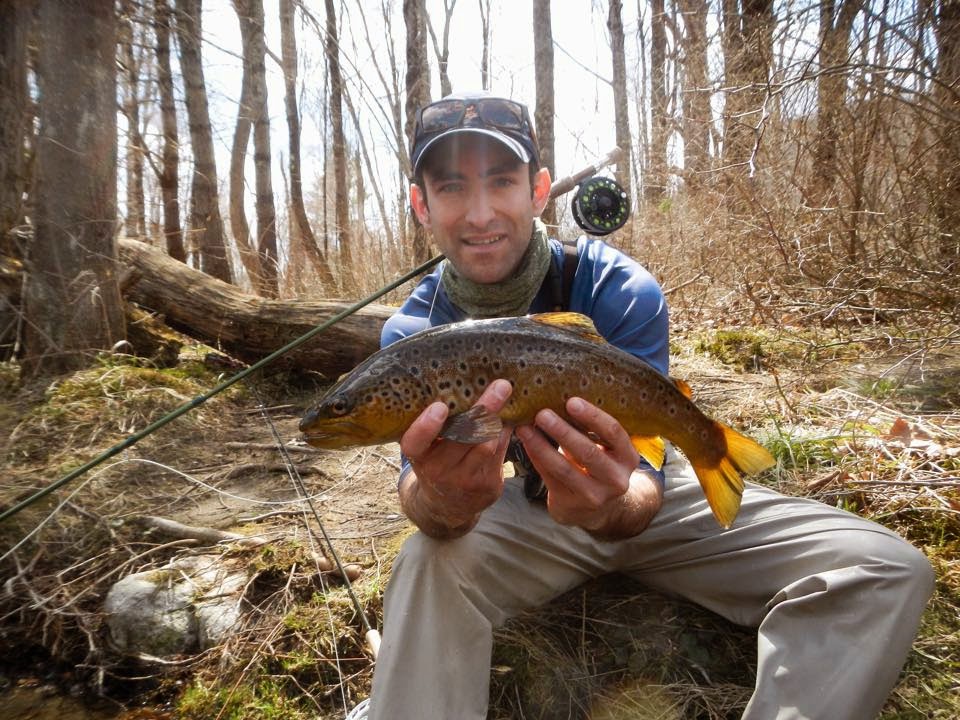 If you are fishing streamers, remember that a slower presentation (swinging and/or slow stripping & twitching) matches up with the slower trout metabolism due to cooler water temps- but as always, play with your presentation and let the trout tell you how they prefer it, they may still want a bit faster strip at moments. Try using a floating line and slowly bouncing/hopping a weighted Fishskull Skulpin Bunny on the bottom- use a 0x-2x tippet with this pattern & method, that fly is heavily front-weighted and rides hook point up. If you are using unweighted or lightly weighted streamers, use something to get them down- sinking line, sink-tip line, sinking leader, or split shot. Slow & deep is typically the name of the game until water temps get over 50 degrees (probably late April if you are downstream of the Still River).
-Torrey
Posted by Unknown at 3:42 AM